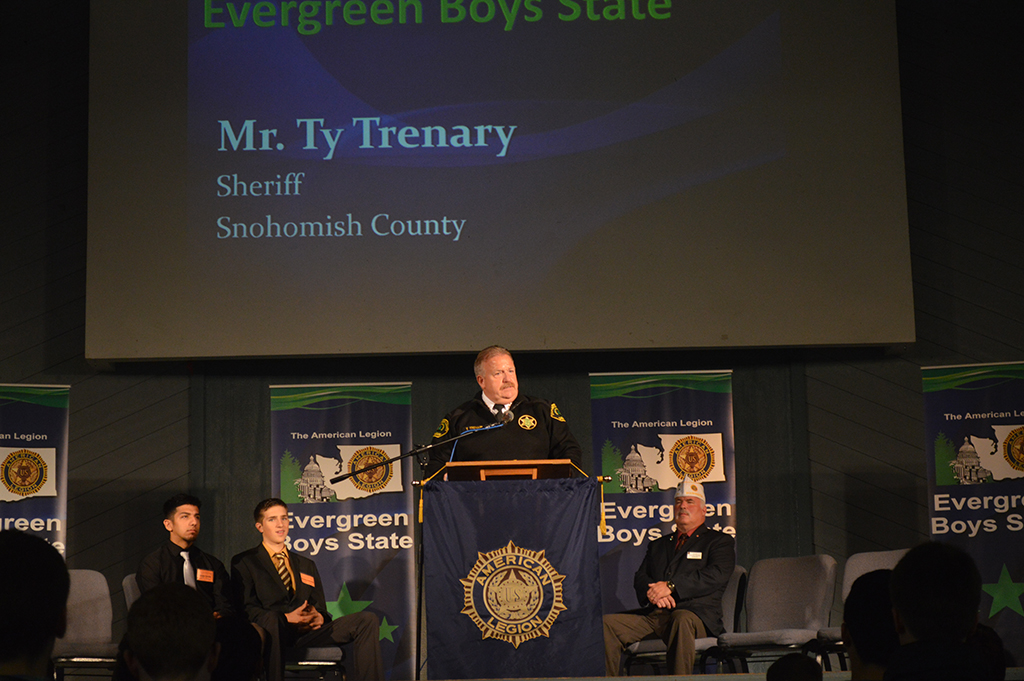 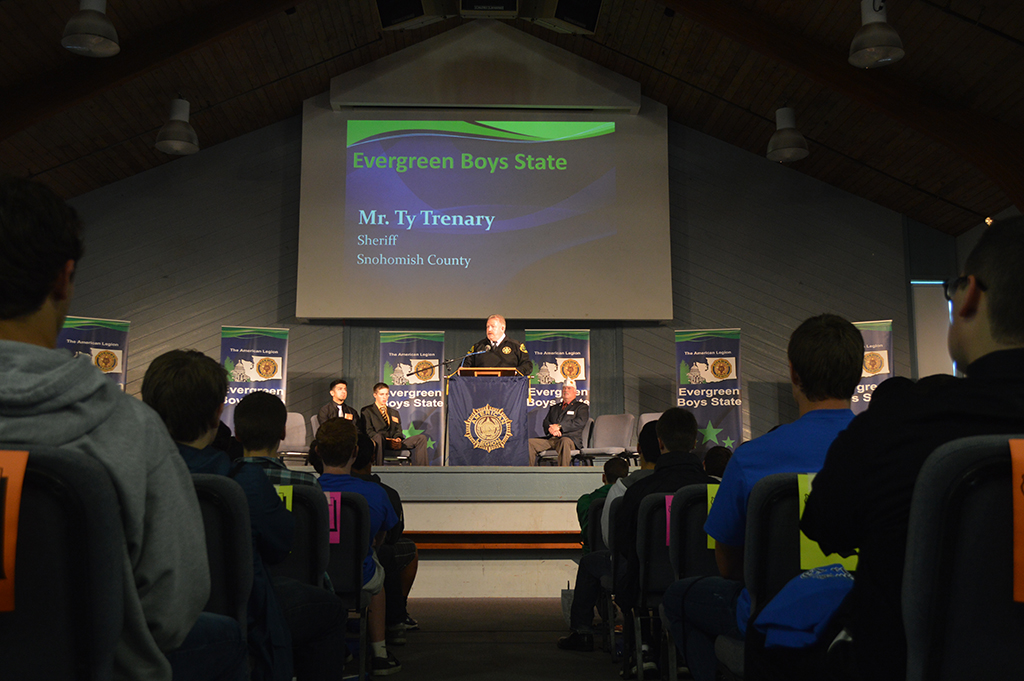 “What I learned from Mr. Ty Trenary….”

“I learned about leadership and how important it is to connect with the people you are looking out for.  I also leaned how the sheriff has to work with many different organization to accomplish tasks like rescue missions.”
-Cameron Blecha, City of Juniper

“After hearing Sheriff Trenary speak, I learned a lot more about the clear distinction of structure in city, county and state police forces.  Moreover, my eyes were opened to the potential issues that arise when these groups work together.  For example, the sheriff referenced both the benefits and drawbacks of the Oso landslide.  This, I  believe, was the most valuable learning experience.”
-Michael Bervell, City of Hemlock