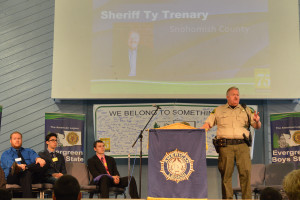 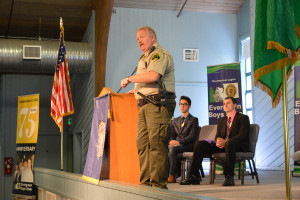 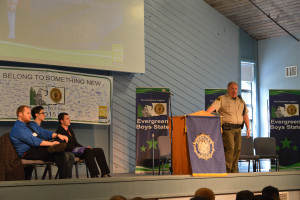 “What I learned from Mr. Ty Trenary….”

“I learned that police brutality is not nearly as common as people seem to think, and I also learned that drug-sniffing dogs are very expensive. In addition, I learned that while being a cop can be a very brutal job at times, it is also very rewarding.”
-James Cooke, City of Elm

“I learned a lot about how the major problems are connected and what they can do or are already doing to stop them.”
-Spencer Germer, City of Fir