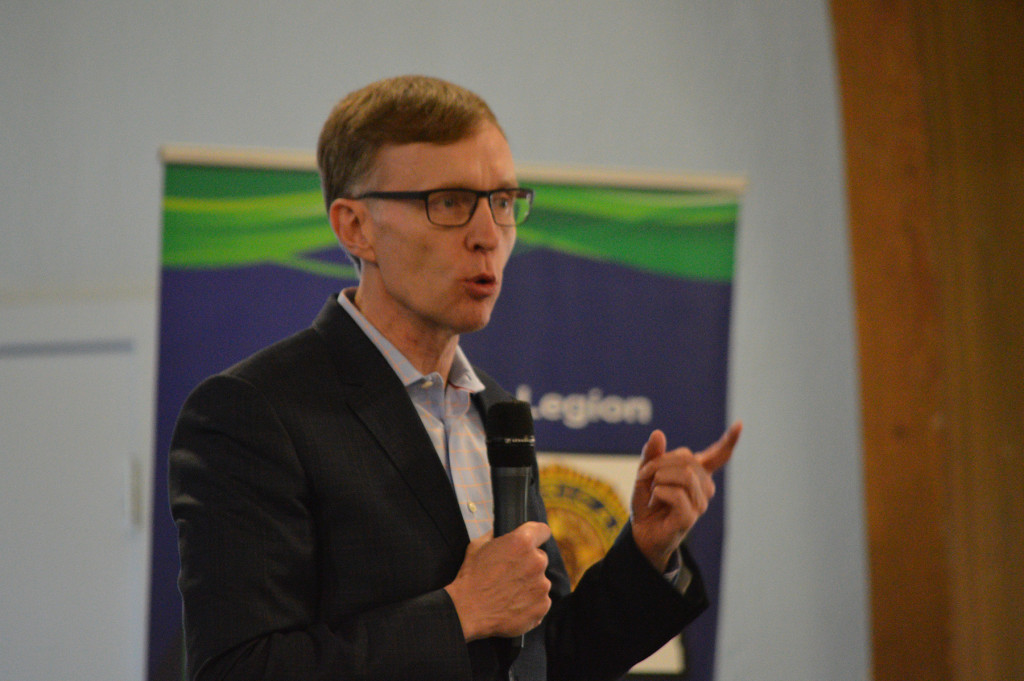 Mr. Rob McKenna, former Washington State Attorney General, spoke with the delegates of Evergreen Boys State Monday morning about his experiences as the chief lawyer of the state and…..

“What I learned from Mr. Rob McKenna…”

“Rob McKenna had some very interesting historical facts in his speech.  I got a view of how Abraham Lincoln became president at just the right time and did just the right things to minimize the negative impact of the American Civil War.  I also received insight on how the Executive, Judicial, and Legislative branches of the US government check and balance each other out.”
-Gabriel Bryant, City of Hemlock

“I learned that there are many different views to almost every topic, and that it takes a special leader to be able to temper them all in a democratic setting.”
-Hunter Cofer, City of Elm

“I thought it was interesting how the discussion over gun control and getting bills + laws passed through the government could be so intricate. Also, there were 4 bills proposed today in the senate so his topic was current and informational. Showing the history behind the legislature connected what U.S History taught us but on a more specific level.”
-Richard Torres, City of Birch