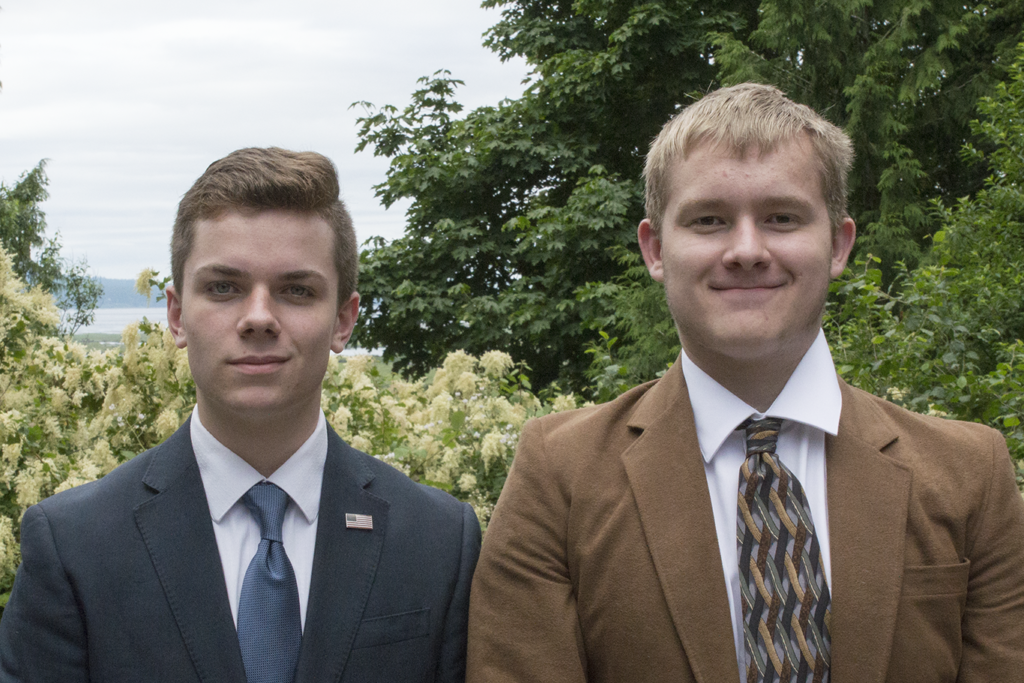 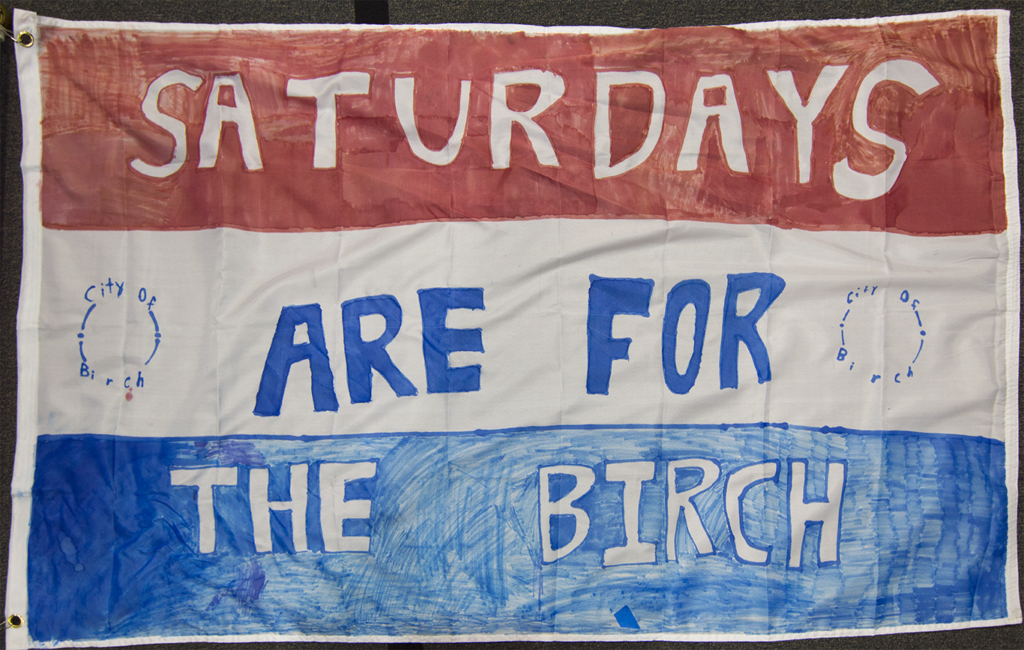 The flag of the city of Birch is divided into sections to represent our sections of government. The sections are each a specific color. Red represents the blood spilled by American heroes to protect our free city. White represents integrity. This color is the center section to show that it is our central focus. The base section is blue, to show that the base of our coastal city’s economy is the sea, and the resources we get from it. The blue becomes lighter towards the word, “Birch,” showing the direction of the waves. This shows that the sea brings prosperity towards, not away, from Birch. There are two circles on the flag, representing Cascade county. The circles are completed with the words “City of Birch” to show that the county is not complete without Birch. Finally, our town slogan is predominantly displayed: “Saturdays are for the Birch.” For many people the saying is, “Saturdays are for the boys,” to insinuate that on the weekends, there’s nothing one wants more than to get away from your work or city, so you can spend time instead with your friends or family. But in the City of Birch, we are friends. We are family. And so, Saturdays, like all other days, are for the Birch. Birch, UPROOT.