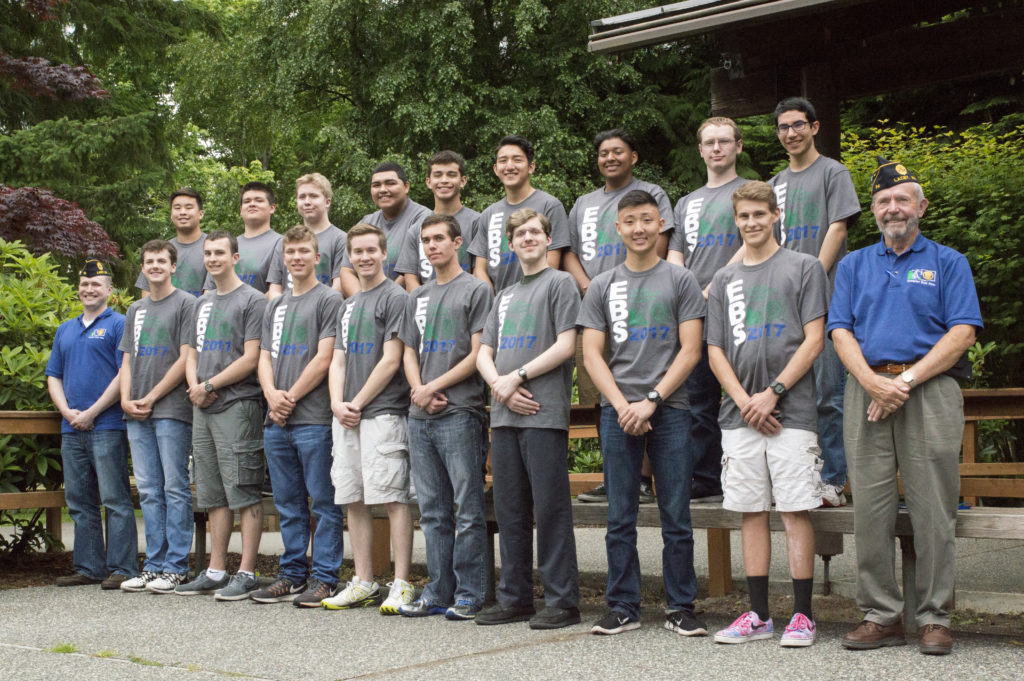 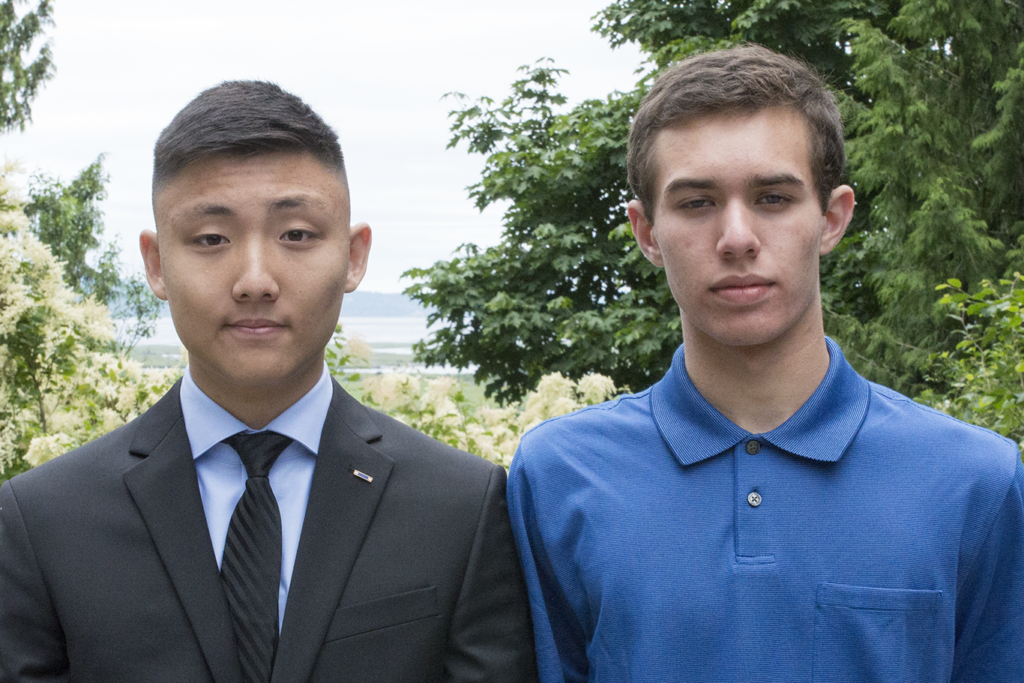 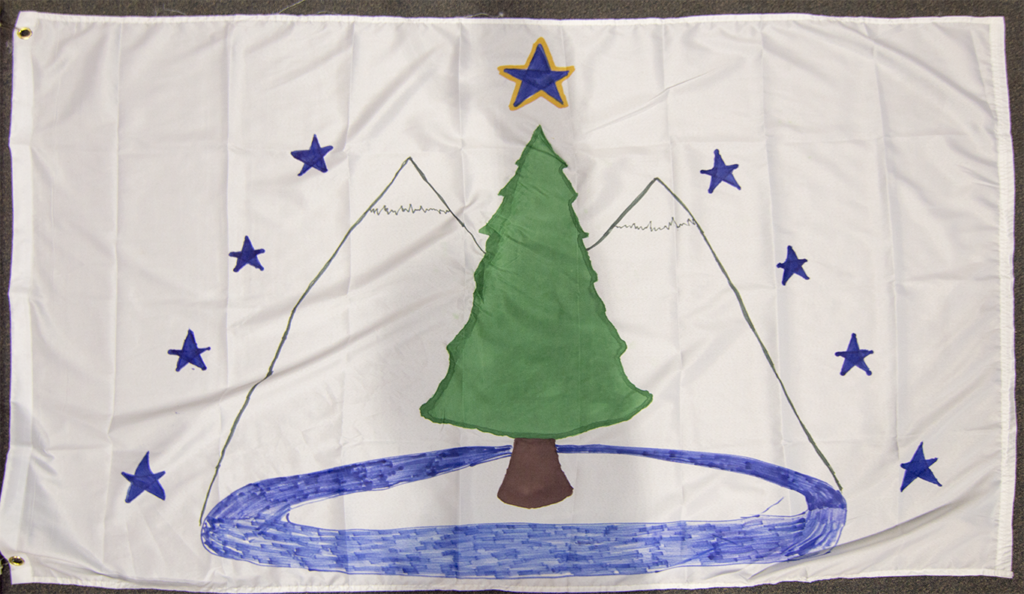 Overall, our flag represents our city’s desire for unity and appreciation for our natural surroundings. We have utilized symbols of nature which also take on deep symbolic meaning. The pine tree, featuring prominently in the center of our design, represents our great city and represents our goals of growth, longevity, and preservation of virtues. The mountains on either side represent the two political parties of equal stature and significance upon which our government relies. The water at the base of the tree is a symbol of life and purity and the eight stars encircling the flag represent the other cities of our state, with whom we hope to cooperate to allow our state to achieve new heights and reach for the stars.