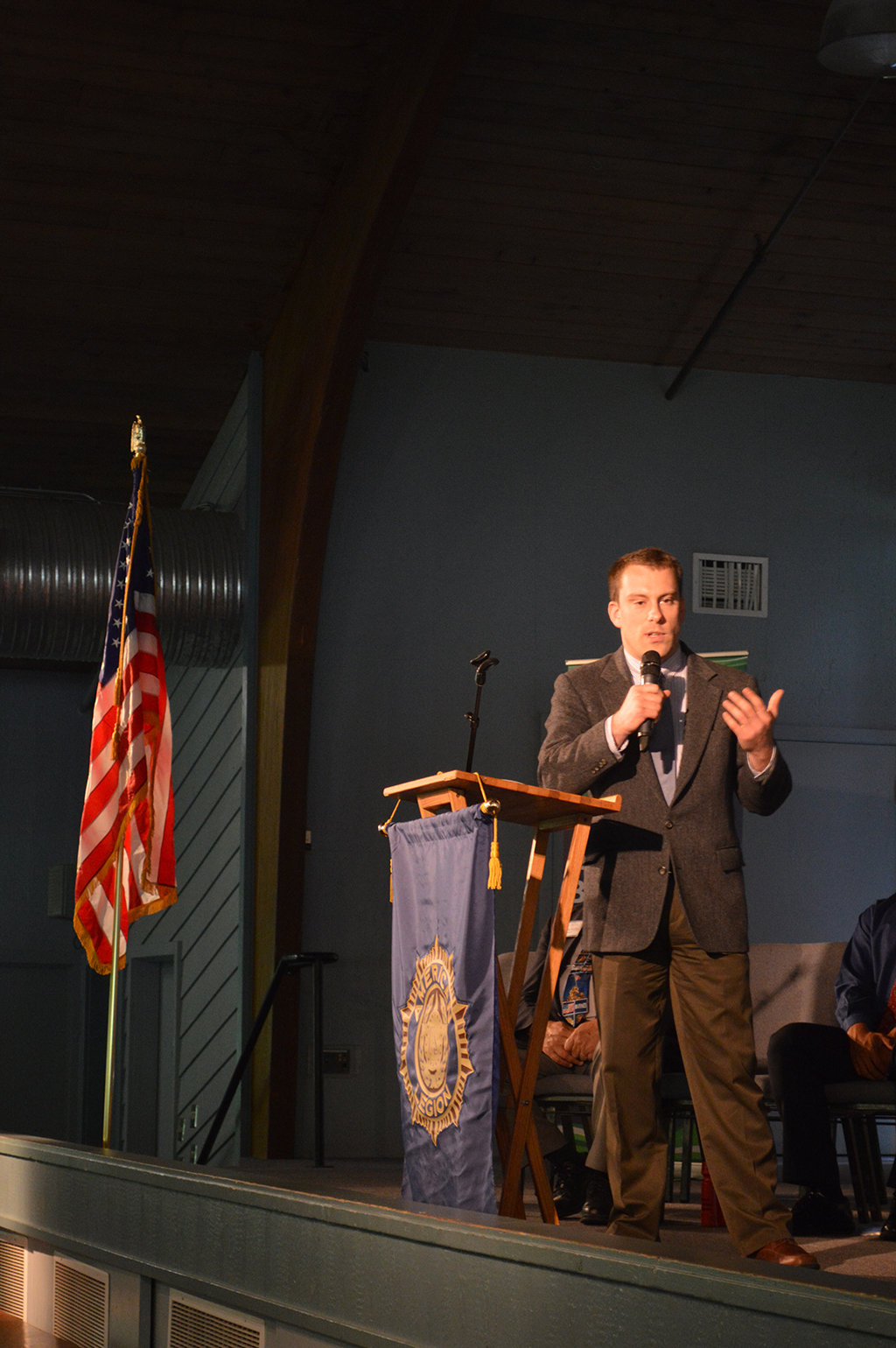 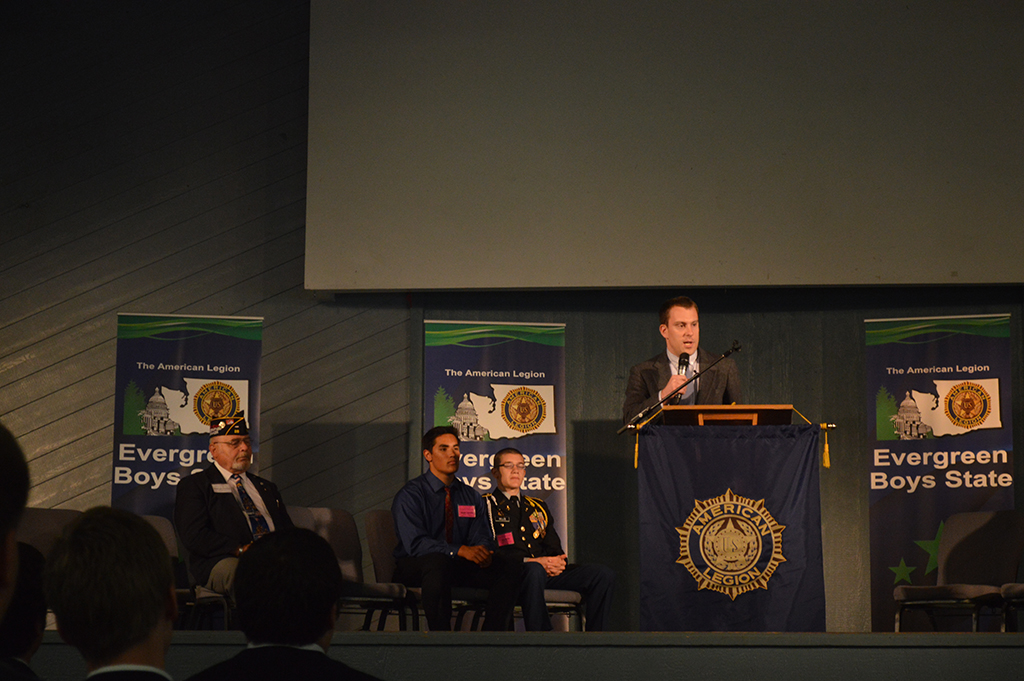 Hans Zeiger, Representative from the 25th Legislative District, spoke with the delegates of Evergreen Boys State Tuesday afternoon about State government and how important it is to have new voices take their turn in government.

“Relationships are the most important aspect of politics.  If one has good relationships and good social skills, they have a strong chance at doing many things and gaining support for any government position.”
-Trevor Joireman, City of Hemlock

“The power to be a politician does not come from yourself but it comes from the people.  Becoming a leader develops from the ability to make personal connections.  Most importantly, Hans referenced how we should not invest in a bureaucratic government because it does not respect the people.”
-Michael Bervell, City of Hemlock

“I learned that its easier to oust incumbents at the State level because money isn’t as important.  I also learned that there is a heavy rivalry between Houses..”
-Conor Cunningham, City of Juniper