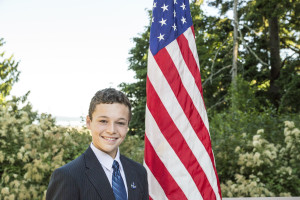 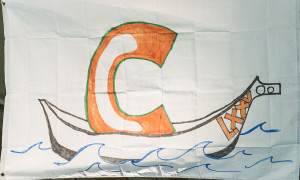 The flag of Cedar goes to highlight the purpose, vision, and drive embodied by the city of Cedar. The primary element of this flag is its most conspicuous feature, a Cedar canoe. The canoe brings into mind the effort to build and row the craft, which manifests as the teamwork and unity inherent among the represented group. The boat is traveling forward, defining the direction that each boy possess to, indeed, travel forward both as an individual and component of a larger community. The color orange of the letter C (The letter c identifying the flag as Cedars) symbolizes the passion the city has to travel the path of excellence and leadership, and represents the torch that each citizen of Cedar will take with them after their experience at boys state, to lead their nation towards something, new and meaningful for the world.