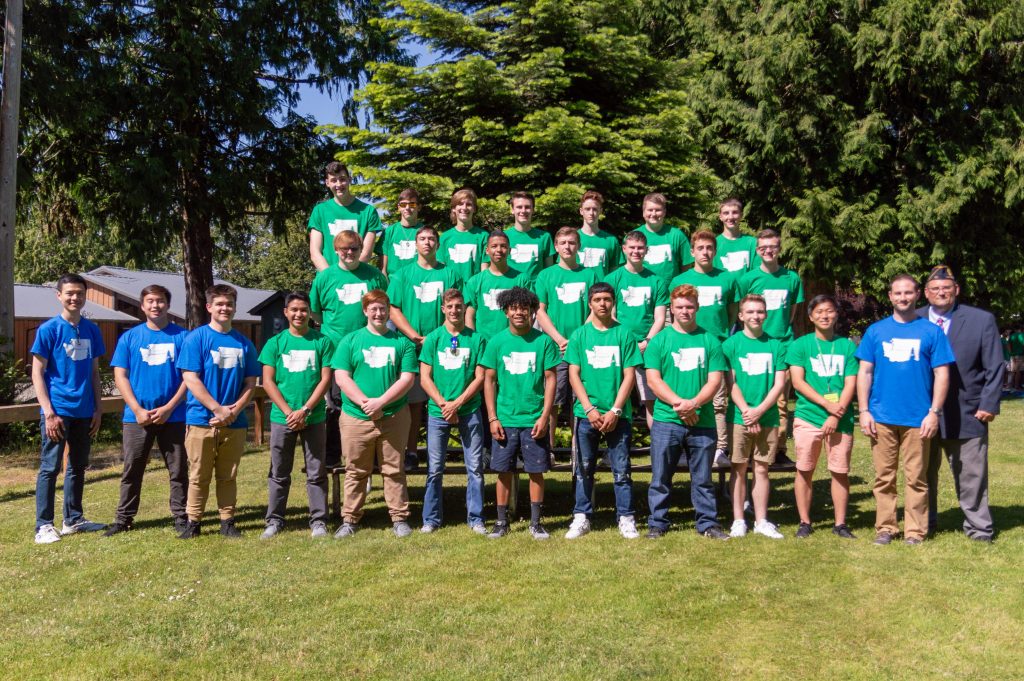 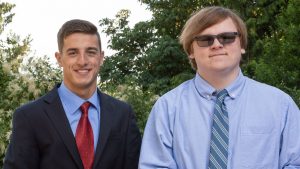 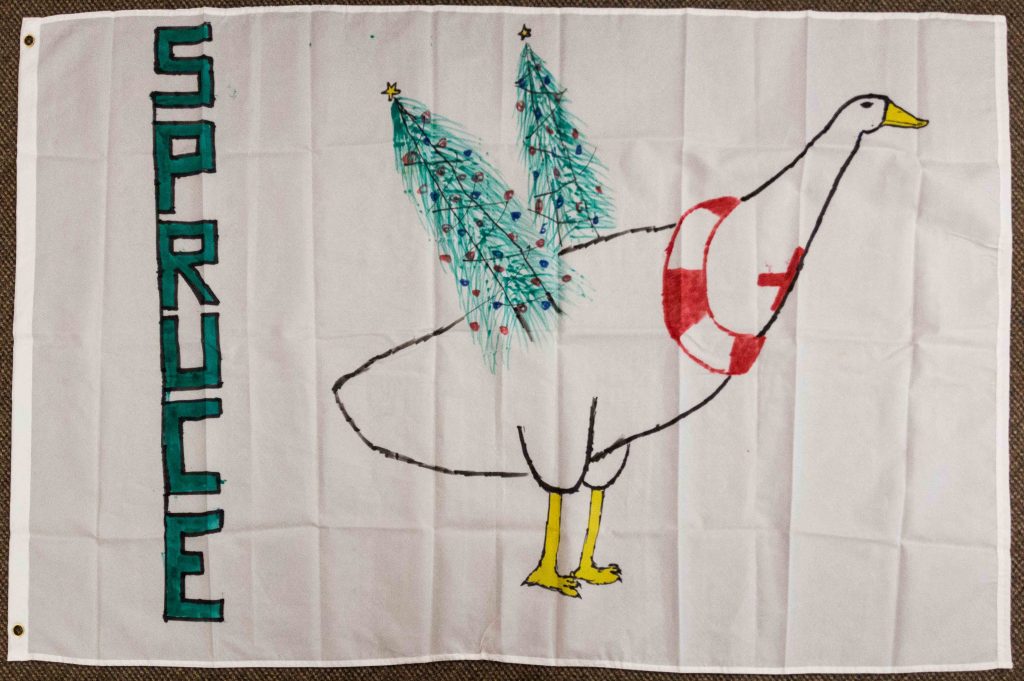 The City of Spruce takes great pride in their animal mascot, the Goose. They take so much pride in fact, that it is seen in an almost idol like fashion. This is the reason why it is the largest figure upon the flag. The Mother Goose is symbolic of the care and brotherhood that all citizens of this great city share for one another. Its beak points to the right side of the flag which is parallel to the idea that spruces look to the future, looking for success and adventurous endeavors. The small red and white life ring around the goose’s neck represents the safety and security that all residents are able to enjoy as a direct result of the strength of the ordinances passed. The spruce Christmas trees that the goose has in place of its wings represent the spirit and festivity of everyone in the community whenever they participate in an event, as well as their willingness to cheer and support each other. The throat of the mascot is covered by the red lifeguard symbol. The shows that the City of Spruce is very prominent in the lifeguarding community, with many of our residents being dedicated to the lifeguarding profession. Finally, the left side of the flag holds the city’s name spelled vertically, from top to bottom. This is to declare that all citizens stand tall as one amongst the other cities in this state, within the great City of Spruce.

All rights reserved © Copyright 2021 - The American Legion Evergreen Boys State, Inc.
PurplePlay By SketchThemes
Save the date for our next session on June 19-25, 2022.